You need to set aside at least one day in Florence if you plan to visit Palazzo Pitti. There’s so much to see here! The Gallery of Modern Art, Silver Museum, Royal Apartments, Porcelain Museum, Carriage Museum, Palatine Gallery, Costume Gallery and Boboli Gardens… 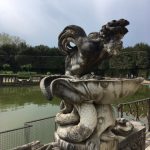 Palazzo Pitti is actually Florence’s largest monumental building (with a 205-meter façade ), nicknamed the “Florentine Versailles”. It was the residence of the Grand Dukes of Tuscany, as well as of the royal family at the time when Florence was the capital of Italy. Built and completed over a period of five centuries, this palace was initially designed by Filippo Brunelleschi around 1440 for the banker Lucca Pitti. 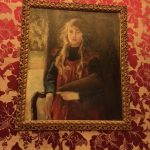 Legend has it that he was asked to draw windows as large as the doors of the residence of the Medici, the rival family, and to create an inner courtyard that could contain all the palace of Via Larga. The structure designed by Brunelleschi reflects its Renaissance architecture model, however the building was not completed by the artist, since Brunelleschi died before the beginning of the work, in 1457. Luca Pitti also would not live to see the completion of his sumptuous home. He died in 1472, afflicted by financial ruin and weakened by his rivalry with Medici family, who bought the palace in 1550 and asked Bartolomeo Ammannati to enlarge it and create an imposing court.

Gallery of Modern Art is a venue spread on thirty rooms, displaying works from Neoclassical times to the early 20th centuries. It’s not exactly a “modern” art exhibition, since no works from later times are displayed here. 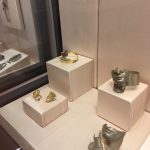 Silver Museum, also known as “The Medici Treasury” contains more than precious silverware; artistic treasures such as ancient vases, jewelry, gemstones, inlaid furniture and cameos are to be admired here. The beautiful 17th century frescoes on the walls and ceilings are definitely worth taking time to observe. 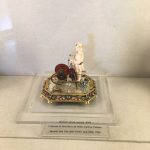 Comprised of 14 richly furnished and decorated rooms, the neo-baroque style Royal Apartments display details about each dynasty which left its imprint here.

Porcelain artifacts from all over Europe are gathered in the Porcelain Museum. Its location is in Casino del Cavaliere, in Boboli Gardens.

18th and 19th century carriages are displayed in the Carriages Museum. These have once been used as a means of transport for kings, dignitaries and archbishops. 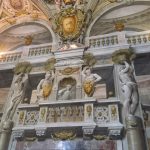 One of the most beautiful sections of the Palazzo is the Palatine Gallery, a collection of paintings set in twenty rooms decorated with frescoes and stuccoes. The most notable are: Hall of Prometheus – Tondo of the Virgin and Child by Filippo Lippi, Hall of Justice – Portrait of Tommaso Mosti, Titian, Ulysse’s Hall – the Madonna of Raphael, Room of Saturn – Virgin in the chair and the Madonna, Raphael, Room of Jupiter – of the same Raphael, the Woman with the veil, called Fornarina, Room of Venus – Venus, work of sculptor Canova.

The Costume Gallery is truly a feast for the eyes, especially for those in love with late Middle Age and Renaissance Italian fashion. 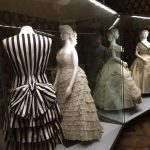 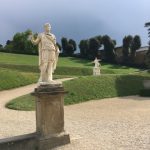 And finally, for a breath of fresh air and magnificent views, Boboli Gardens are truly a delight of the senses. Its construction began in 1550 and it was redesigned over the centuries, according to the Court’s directions. It was opened to the public in 1766. One can get lost in the beautiful, green sunny alleys, decorated with statues at every turn. Expect surprising views overlooking Piazza Pitti as a bonus! 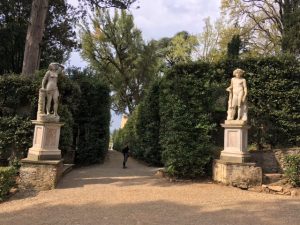 Siena - Beauty And The Tourist 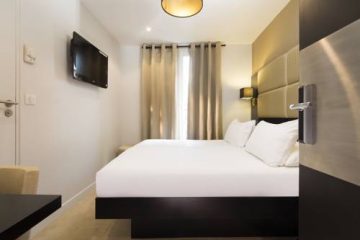