There’s so much more to Verona than meets the eye…

Deserving its UNESCO World Heritage Site status, this beautiful Italian city is a testimony on both ancient Roman life and Romanesque architecture. 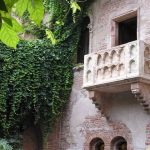 Of course, Shakespeare’s well known literary inclination towards Verona adds up to its documented charm. Who hasn’t read or perhaps passionately interpreted Romeo and Juliet, The Two Gentlemen of Verona, The Taming of the Shrew – three Shakespearean plots set in the same city? For this reason, one of the most frequented tourist attractions in Verona is The House of Juliet (Casa di Giulietta), with its famous balcony. Dating back to the 13th century, this house takes one back to the Italian lifestyle of late Middle Ages in particular, evoking the famous love story that still touches many today. It was presumably the residence of the Capulets (Cappello), although its certain origins are unknown.

Putting literature aside, it’s time for a deeper insight in the city’s architecture, notably the Arenas: the proud symbol of Verona. These majestic arenas were built in the 1st century AD by the Romans and today, they stand as the third largest Roman amphitheater in the world! 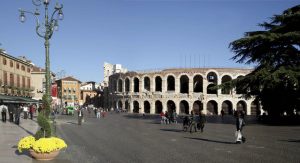 Gladiators and fierce animals were used back in the day to entertain the public, and a pretty significant audience in number, as the arenas could hold up to 30,000 spectators. Luckily today, no more gruesome shows are displayed here, since the arenas are used mainly for yearly opera shows.

While reaching the Arenas, one would go through Piazza Bra, Verona’s largest square. While navigating through the buzz of numerous cafes and street performers, one cannot miss: the bronze statue of Victor Emmanuel II (the first king of Italy), Palazzo della Gran Guardia (built in 1808, now used as a venue for conferences, meetings, and exhibitions) and Verona’s own town hall: Palazzo Barbieri (built in 1848). 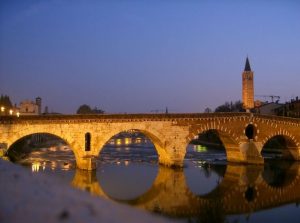 One of the most significant sights in Verona remains Castelvecchio, together with its bridge, built between 1354 and 1376 over Adige river. This is one step in history to get lost in, as this beautiful remainder of a fortress, together with its corridors and bridges, has once constituted a residence, prison and barracks. The museum of Castelvecchio houses works and paintings of great Venetian masters.

For an immersion in spirituality, the Dome Complex, a group of buildings with Roman and Paleo-Christian origins,  is definitely worth a visit. The Dome Complex consists of the Cathedral of S.Maria Matricolare, the Church of S.Elena and the Baptistery of S .Giovanni in Fonte. The Church of S. Elena is the oldest of the three, dating back much earlier than the 9th century – the time when it was re-built on the remains of an earlier church.

The baptistery of S.Giovanni in Fonte was built in the 12th century and its significance and beauty lie especially in the baptismal fonts, carved in a single piece of marble and adorned with decorations that tell the story of Jesus Christ’s childhood.

Book lovers: be prepared to be impressed! The Capitular Library, one of the most important libraries in Europe, can be found to the left of the Dome, in Palazzo del Canonicato. This library houses old manuscripts and other very valuable texts. 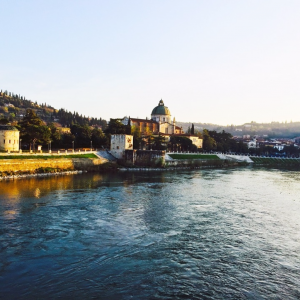 Behind the Dome, one can find Palazzo del Vescovado (Palace of the Episcopate). The building was built during Renaissance times, displaying beautiful Romanesque columns and carved capitals. Paintings by Domenico Brusasorci, Francesco Caroto and Liberale da Verona can be admired inside.

Top off your trip by glancing at some breath-taking views of Verona from The Lamberti Tower , an 84 meters high edifice containing 368 steps or a transparent elevator to the city’s panorama on top.

As a small tip for those truly interested in visiting this city: consider the possibility of purchasing the VeronaCard, a pass that allows you to enter the most important sights in Verona.

All the information about it can be found here: http://www.tourism.verona.it/en/information/travel-your-way/verona-card/discover-the-benefits.

Siena - Beauty And The Tourist 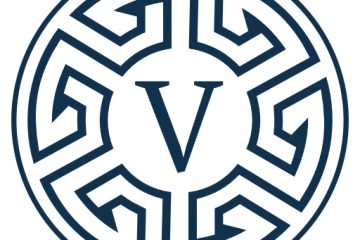