Sur le pont d’Avignon / On the bridge of Avignon

Sur le pont d’Avignon / On the bridge of Avignon

One of the most famous songs in the world was written by church music composer Pierre Certon in the 15th century and evokes a medieval dancing fest under the bridge of Avignon.

On a sunny day, under a blue sky, the clear waters of the Rhône mirror the landmark of Avignon and one of UNESCO’s World Heritage Sites. On its more official name: Pont Saint-Bénézet, this marvelous edifice is the oldest work ever constructed on the Rhône, between Lyon and the sea. 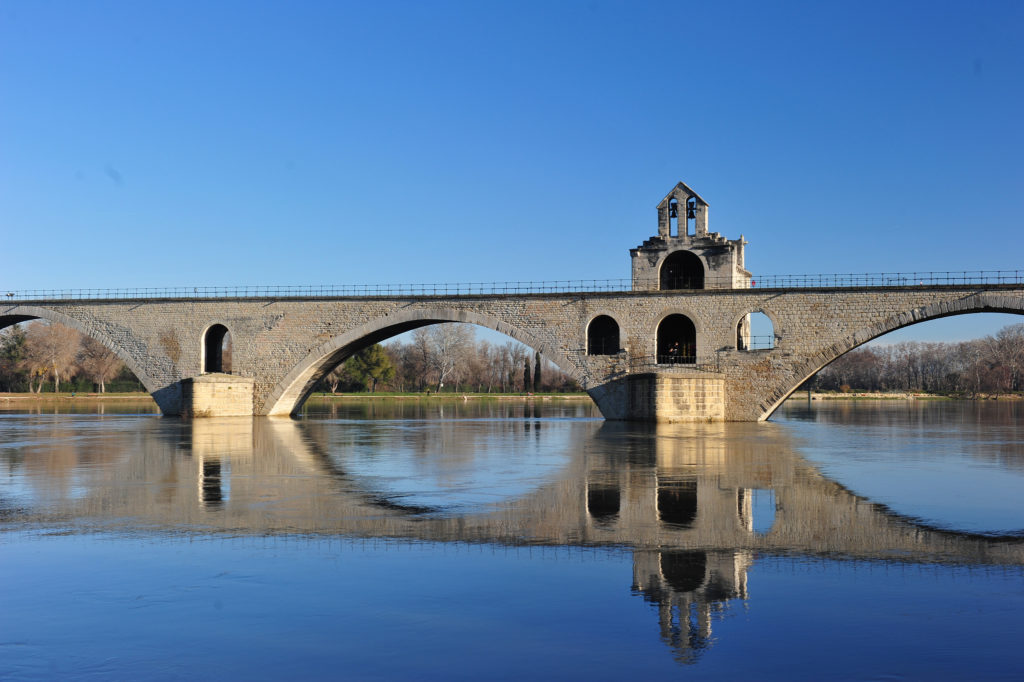 The legend of the bridge mentions a young shepherd named Bénézet who received the divine mission of building a marvelous bridge across the waters of Rhône. According to the story, with the help of angels and Divinity, he was the one who dropped the first stone of its foundation into the water.

During Middle Ages, Pont Saint-Bénézet played a crucial role in the pilgrimage crossings from Italy to Spain, making Avignon the capital of Medieval Western World for a while.

After the early version of the bridge was destroyed by Louis VIII during his Albigensian Crusade, the edifice was rebuilt with 22 stone arches. Unfortunately, continuous flooding led to its collapse damage and today there are 4 arches remaining.

Saint Nicholas Chapel, built between the second and three arches was once house of prayer for the Rhône boatmen, whose patron saint was Saint Nicholas, a generous and holy Christian figure. This chapel has also once sheltered the relics of Saint Bénézet himself.

Today, Pont d’Avignon attracts more than 300 000 visitors each year and is considered by many a true medieval jewel. Visitors can have the best overall view of the bridge from the banks of the Rhône a little way upstream. 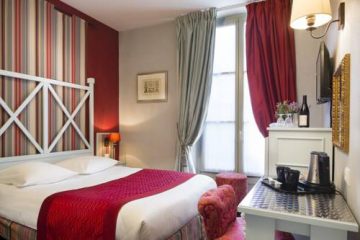