One of the most popular tourist attractions in Amsterdam, Van Gogh Museum boasts the largest collection of paintings by Vincent van Gogh in the world.

This museum celebrates the art and mystery of a man now believed to be one of the world’s most influential artists, who only sold a few paintings of the more than 900 he created during his life. 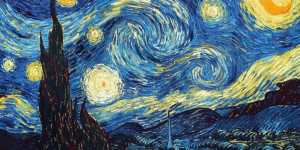 In addition to the museum’s collection of works by van Gogh, they have a sizable collection of art from other 19th-century artists, including van Gogh’s friends and contemporaries and artists that inspired his work or were inspired by him.

The story of van Gogh is a portrait of a great artist and a tragic character.

He started out working for a firm of art dealers, a job he didn’t like, but one that has taught him to appreciate art.

He then worked as a missionary for a few years before deciding to become an artist.

He traveled throughout Europe, becoming a part of the art scene, doing many studies and improvisations of his style.

Over the years, van Gogh was constantly exploring and revising his style, which is depicted in the chronological progression of the museum’s collection.

Plagued with illness most commonly ascribed to be a combination of epilepsy and poor health brought on by living in poverty, he was in and out of hospital in the last few years of his life.

He committed suicide by shooting himself in the chest. He was 37.

Sadly, Vincent killed himself just as he was coming into his own. His most innovative and amazing works stem from the last two years of his life.

After his death in 1890, his work became the possession of his brother Theo, who died only six months after Vincent.

At that time Theo’s widow, Johanna van Gogh-Bonger, sold much of his work, but maintained a private collection as well. 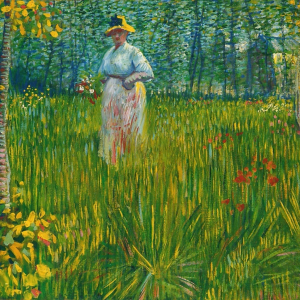 This collection was passed on to her son, who loaned it to Amsterdam’s Stedelijk Museum, up until the museum opened in 1973, where the collection now resides.

The main exhibition displays van Gogh’s works in chronological order, and includes some of his best known works, including The Potato Eaters, Bedroom in Arles, The Yellow House, Still Life: Vase with Twelve Sunflowers, as well as nine of his self-portraits.

Friday Nights are the best way to experience the Van Gogh Museum. In addition to its later hours (10 pm), there are special events along with the regular exhibitions. These include a lounge area with DJs, live music, a cash bar and special videos, presentations and events. The Friday Night schedule is listed on the museum’s website. 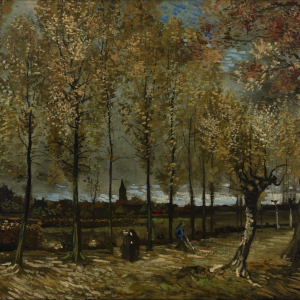 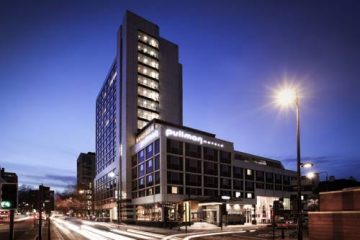