Hotels in the Red Light District

There are obvious associations with the name “Red Light District”. While these associations are often correct, there are many things you may not know about Amsterdam’s oldest neighbourhood. This article will give you some basic info on appropriate behaviour, tourist warnings, the infamous “Red light” windows, and will introduce you to Amsterdam’s oldest building, The Oude Kerk. Red Light District is an ever growing community of local residence, schools, new restaurants and of course, most famously – prostitution.

Perhaps the best way to fully discover the red light district is a guided tour.

Oude Kerk (The Old Church) is Amsterdam’s oldest parish church, and a testament to the liberal attitudes and contradictions in the Red Light District and Amsterdam as a whole. Consecrated in 1306, the church sits in a square (Oudekerksplein) that is filled with windows containing prostitutes, who face the church wall from just a short distance away; the visual juxtaposition is sure to inspire. The interior of the Church is home to world renowned art exhibitions, concerts, weddings, and is known to locals as “Amsterdam’s living room”. It boasts the highest bell tower in Amsterdam, and you can even climb to the top, with a tour guide. There are also two monuments in honour of  the prostitutes of Amsterdam here. One, a bronze relief of a hand caressing a breast, was set in the stones at night by an anonymous artist. The other is a bronze statue named Belle, placed in 2007 by the PIC to pay tribute to the prostitutes of the world.

Tours are available, check the site for more details.
In addition, the church tower can also be climbed from April-September.
Thursday, Friday and Saturday from 1-5pm (climbs every half hour)
Admission: €7

The government is making a push to reduce prostitution in the red light district. They are providing tax initiatives to new businesses to take residence.  A wave of fresh energy is washing over the historic district, bringing with it new, creative, entrepreneurs. Red Light Radio is on the forefront of  the movement. Located in the Oudekerksplein, they broadcast live and fully visible from an old prostitute window.

The Red Light Windows of Amsterdam:

Amsterdam is a city renowned for its liberal attitude, and perhaps the best example about this is its legalized prostitution. In its famous Rossebuurt, or Red Light District, hundreds of girls ply their trade at “the world’s oldest profession” from behind glass windows.

Despite the preconceptions you may have about the seedier aspects of the neighbourhood and its main source of livelihood, it’s a place heavily frequented by tourists, and no visit to Amsterdam would be complete without at least a stroll through this historical neighbourhood. What you choose to do once you get there is entirely up to you. 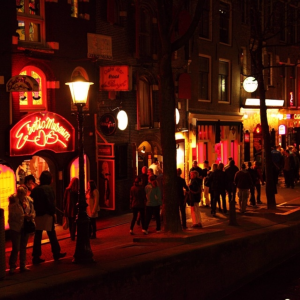 While prostitution has been legal in the Netherlands since 1830, new laws introduced in 2000 make it much more clear in the way business must be legally conducted. Prostitutes have licenses and pay taxes, are monitored by police and health authorities and have access to free or low-cost medical care. This allows the practice to stay open and official, and thus more easily regulated.

There are actually three red light districts in Amsterdam, but in this instance we are referring to the oldest, largest, and most storied. The neighbourhood lies between Centraal Station and Nieumarkt. As you head in that direction, you’re sure to notice when you’ve arrived by the change in… ahem… window displays.

Aside from the obvious, there are many things to see in Amsterdam’s Red Light District. The merely curious will want to take it all in. For the more than simply curious, there are multiple sex shops (perfect for taking home a risque souvenir). If you are even more adventurous in your curiosity, there are many live sex shows, peep shows and video booths, including the most famous:

Casa Rosso
Oudezijds Achterburgwal 106-108
Open 7pm – 2am Sunday-Thursday, and until 3am Friday and Saturday
€35 with no drinks or €50 including four drinks
www.casarosso.nl 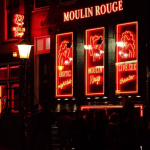 Bananenbar
Oudezijds Achterburgwal 37
Open 7pm – 2am Sunday-Thursday, and until 3am Friday and Saturday
€50 including unlimited drinks (for one hour)

We’ll leave what goes on in these clubs to your imagination and/or experience, but bear in mind that they are the types of place frequented by tourists, couples, businessmen stag and hen parties, and the performances often use props and lean toward being sexually comical rather than titillating, and audience participation is often encouraged.

Founded in 1994 by former prostitute Mariska Majoor, the Prostitution Information Centre, or PIC, serves as a resource for information and advice about prostitution in Amsterdam. If you’re curious about this aspect of the Red Light District and simply have questions, it’s a great place to get them answered. The PIC is a charitable foundation, informing the public about the conditions facing women in the sex industry and fights for their rights and workplace reforms.

The PIC operates out of and runs a store in the Red Light District called De Wallenwinkel (the Dutch name for the neighbourhood) where, in addition to answering questions, you can find books about prostitution, guides to the neighbourhood, Red Light District-themed gifts and arrange for talks and walking tours of the neighbourhood, given by a former prostitute. It’s a great way to get first-hand information on the area, its history and its industry, and is eye-opening in an educational and historical sense. If you’re the type that prefers a self-guided tour, De Wallenwinkel also offers guides for self-guided tours for sale in the store or downloadable through their website for a small fee.

De Wallenwinkel
Enge Kerksteeg 3
31 20 420 73 28
www.pic-amsterdam.com
(Tours are €14,95 and are held on Saturday. They can be arranged for groups or on other dates, see website, call or email for arrangements)

When to go to the Red light district:

The End of the Red Light?

In early 2008, the city announced plans to phase out prostitution by cutting the number of windows in half, and move prostitution away from Oudekerksplein, turning the empty windows to fashion and art displays. The actual dates are fuzzy, but at this time, the district, even in Oudekerksplein, is thriving.

Things to be aware of:

Taking photos or video of the women in the windows is strictly prohibited! Attempting to do so is a fast way to get yourself manhandled and hustled off by a burly bouncer.

Watch out for pickpockets! Because this is an area that gets very crowded with tourists who are (for obvious reasons) often distracted by the view, pickpockets about. Stay aware of your surroundings and hold your belongings tightly.

If you’re in the neighbourhood late at night, it’s best to travel with at least one other person, especially for women who want to avoid undue attention.

Other than that, feel safe and take it all in. Although the Red Light District can feel sketchy due to its content, it’s actually a well-regulated, heavily patrolled area (by both police and the private bodyguards employed by the prostitutes), with hotels, shopping and restaurants embraced by tourists wanting to stay in the city’s centre.

Although the one in the centre is the largest and most famous, there are two smaller lesser-known districts as well. One is located in Singel (between Raadhuistraat and Centraal Station), and the other is in de Pijp (behind the Rijksmuseum). 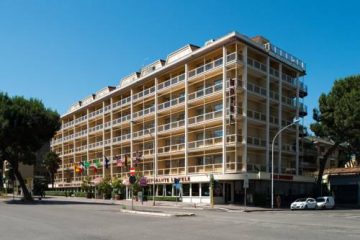