Information about Amsterdam districts and neighborhoods of interest to tourists. Most neighborhoods have their own page – click the links for more information.

The Old Centre | Hotels
This area around the Dam and Nieuwmarkt, and through the neighborhood known as De Wallen (Red Light District), is the oldest part of the city. Densely populated with lots to see and do.

Dam Square | Hotels
The Dam was built around 1270 between two dikes in order to prevent floodings. Now it is the central square between Rokin and Damrak. The Royal Palace, Nieuwe Kerk, National Monument, and Madam Tussaud’s are its main attractions. From the Dam Square Amsterdam’s most commercial street (Kalverstraat) begins.

Nieuwmarkt | Hotels
The Nieuwmarkt is dominated by a building known as De Waag, originally a gate in the Medieval city walls but converted into a weighing house after the walls were demolished in the 17th century. The square is located in Amsterdam’s Chinatown, next to the De Wallen (Red Light District). There are many cafés and coffeeshops facing the square.

De Wallen, or, as it is known locally, Rossebuurt, is one of the main tourist attractions of Amsterdam. You’ll find the Nieuwmarkt with the former city gate De Waag, Old Town Hall (nowadays Hotel The Grand), De Oude Kerk, Museum Our Lord in the Attic, Chinatown with the Fo Kuang Shan temple, and many one-room apartments rented by prostitutes, sex shops, sex theaters, peep shows, and coffee shops. 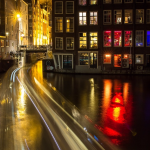 Jordaan | Hotels
Tightly packed streets and canals lies west of the Center, beyond the major canals. Once a neighborhood for the working class and emigrants, nowadays almost completely renovated and very popular among artists, students, professionals, young entrepreneurs, and tourists. It has a growing number of upscale boutiques and restaurants. No other Dutch neighborhood is sung about as much as De Jordaan.

Grachtengordel (The Canal Belt) Hotels
A series of concentric, semi-circular canals (“grachten”), dug around the old city centre. Along the canals houses and warehouses were built. 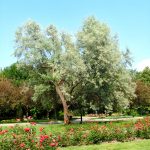 Plantage/Artis | Hotels
In the 17th century ‘The Plantage’ (plantation) was a green area outside the city walls where Amsterdammers spent their free time. From 1848 onward it became one of the most prominent areas of Amsterdam. The Jewish Historical Museum and the Portuguese Synagogue tell about the rich and sad history of this area. Exotic plants can be seen in the Hortis Botanicus (botanical garden) and you can visit wildlife in Artis Zoo.

Spui
The Spui quarter is heart of the old city and is an excellent starting point from which to discover the rest of the city. Here you can find chic restaurants next to authentic old brown cafés and trendy fashion outlets next to second hand clothing shops. Visit the Flower Market, Begijnhof orAmsterdam Historical Museum.

Spiegelkwartier
In and around this street with its many characteristic Amsterdam facades are more than 70 art and antique shops. A must-see quarter for those with an eye for the unique, rare and beautiful.

Old Jewish Quarter
The Old Portuguese Synagogue, Jewish Cultural Museum  Hollandsche Schouwburg, and the Waterlooplein Market are a few of the sights of note. Also Artis Zoo and the Hortus Botanicus are situated in the neighborhood.

Leidseplein
Amsterdam’s most popular nightlife center. In addition to performance venues, movie theaters, bars, and cafes, there are plenty of good hotels and restaurants at this frenetically busy square and its immediate surroundings.

Rembrandtplein
Until Rembrandt’s statue was unveiled in 1876 this square was called Botermarkt (Butter market). For over a century it has been the centre of Amsterdam’s nightlife. Here you can find famous hotels, cafés, discos and the renowned Tuschinski theatre. In summer, sitting in one of the many outdoor cafés, you can see the world pass by till way past midnight. Read More

The IJ Waterfront (Westelijke & Oostelijke Eilanden) | Hotels
Centered on Centraal Station and stretching east and west along both banks of the IJ, this fast-redeveloping area includes the artificial islands, warehouses, and other installations of Amsterdam’s old harbor (the new harbor lies west of the city). A shiny new kind of Amsterdam is taking shape on parts of this waterfront where old facilities have been demolished and are being replaced by new apartments and modern offices. Main attractions in this area are the Maritime Museum, The Amsterdam, NEMO,Muziekgebouw aan ‘t IJ.

Cruise ships dock at the Passenger Terminal Amsterdam. There are many mooring facilities for touring boats and inland cruise operations. Every year over 100 sea cruise ships and more than 700 river cruise ships are arriving in this part of the city and their number is growing.

There is no more story. 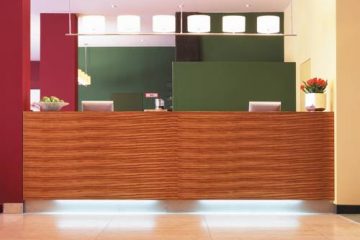